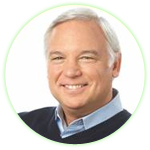 Dondi Dahlin would be an exceptional guest on any TV or radio show. I spoke at a conference that she MC’d and she was fabulous, entertaining, engaging, and informative. Her background in speech and the performing arts, along with her expertise on her topic, make her ideal for the media.
– Jack Canfield

Dondi speaking about the Five Elements in Ibiza, Spain

Dondi teaching Energy Medicine in Tallinn, Estonia
Dondi Dahlin is a published author in Energy Medicine and The Five Elements, an award-winning speaker, and an internationally-acclaimed dancer, actress, and teacher.

The Five Elements – Which Type Are You?

Make Wellness Fun My guest for the August 16, 2016 Mountain Mantras Mix show is Dondi Dahlin. Dondi Dahlin is a published author, award-winning speaker, and internationally-acclaimed dancer, actress, and teacher. She co-wrote The Little Book of Energy Medicine with her mother, Donna Eden. Her newest book is The Five Elements, which… click to listen now!

Alive at Five KYNT June 26, 2015 – Host David Leonard and I discuss my new book about The Five Elements.